Watch It - The Throne 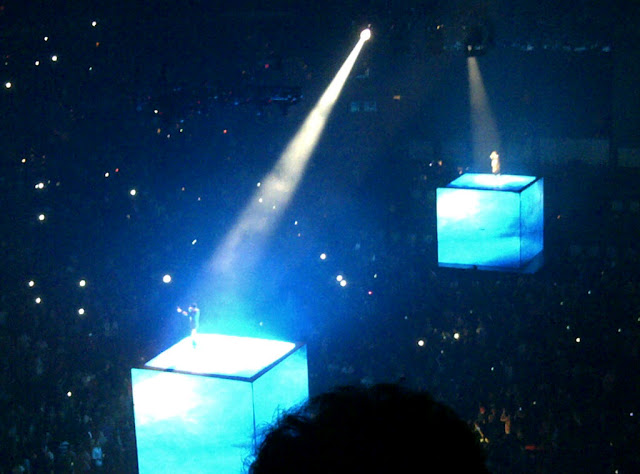 That sh*t really was cray.

We were fortunate enough to attend the highly anticipated Jay-Z and Kanye concert at the Bank Atlantic Center in Sunrise, FL. We bought our tickets before the Miami show was announced, but after listening to Kanye strain his vocal chords all night, we won't be surprised if tomorrow night's show gets cancelled. T'would be a shame, but we've gotta warn a brother. Might not happen.

Our favorite stuff that happened at the concert -

As loyal Lexus owners, not only did we take the I-95 "Lexus Lane" up to the concert venue, but we love the Bank Atlantic, since parking is free for Lexus owners, because they're a major sponsor of the arena. There's a special Lexus lot, but it was full when we arrived, so we just parked with all of the non-Lexuses. Don't worry, we parked next to a Range Rover and right near a white Ferrari that was parked in a handicapped spot.

Upon entering Bank Atlantic, we immediately noticed that many people dressed in all black everything. Like us - 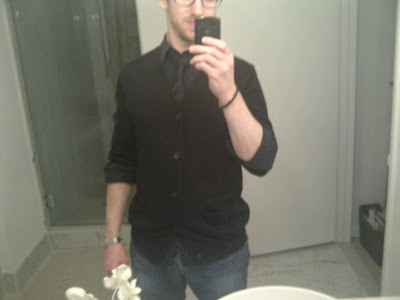 Well, all black mostly everything, at least. Surprised to break out the Rambo boots again so soon. They were a good purchase, it turns out.

Sitting next to us, in the nosebleeds as you can tell from the first photo, was a really, really old couple. They were at least in their 70s. I don't know if they were chaperoning their grand kids or what, but they were old. So old.

Jay-Z asked us if we were having a good time "thus far". That's bourgie ("boo-zhee").

Kanye's leather Roman centurion skirt. I actually like his style for the most part, but he certainly looks like a clown sometimes. And tonight he looked ridiculous, especially when compared to Jay's effortless style. Kanye sported a seriously satanic goat Baphomet t-shirt (this). I don't know what the deal is with all of that Masonic devil worshipping stuff from a guy who claims he's never going to Hell since he made "Jesus Walks". Whatever, dudes. Make that money. You're not brainwashing me. I'm not throwing my diamond in the sky. Sorry. Love your music though.

The show was incredible. Amazing lights and stage. Energetic and enthusiastic performances from both rappers. They really looked like they were having a great time up there. Jay continues to impress me with how easy he makes it look. Never a mistake. Never straining himself too hard.

Highlight of the night was 99 Problems. Spectacular. If this show is coming to your town, we highly recommend that you buy yourself a ticket.
Posted by Colin at Tuesday, November 15, 2011

Why is this on Eat it Miami?