Site News (oodles of it)

It seems like only 2 months and 3 days ago that we were celebrating our 5,000th visit. By the way, does anyone know how that differs from "page views?" I guess I can go look that up on the Internet. Good old Internet. Beep boop bop beep, 100110001111000. Sorry, that was a little something for Netty, as I like to call her.

Well, yippy (!), someone from the "Live Free or Die" state is now number 6,000. [for my South Florida readers, that's New Hampshire. It's up north. Don't worry about it.] Anyway, keep those visits coming/clicking on my banner ads. I don't expect to actually make money from this blog, even though I have gotten some freelance writing gigs from it, so I already have made money from it, but I really want to hit the $100 mark so I can get a check from Google. I think I'm at like 50 bucks, but this site has only been up for like 3 years, so that's pretty good. That works out to about 5 cents a day. Better than schlepping a soda can to the grocery store, eh? Eh? Anyway, once I receive said check, I will take a photo of it and post it on this site. I promise not to photoshop it so that it looks like $30,000, while I post ads that I can teach people how to make thousands of dollars from blogging. I promise.

What else? I recently dined at Zuma, the new contemporary Japanese restaurant in the Epic building downtown, during its soft opening. I once again must note a conflict of interest in that I am now friends with Zuma's sommelier, and that I cannot give a full, unbiased review. All I will say is that the place is amazing. The service is professional, the decor is super cool, the view is a nice one of the Miami river (not being sarcastic), the cocktails are creative and delicious, and the food's basically perfect. It was so good that I insisted on trying a few bites of seafood and then had to deal with a hive/acne breakout for 2 days since I am still allergic, it seems. It was totally worth it since I didn't die. It was hilarious that only the women at the table were worried. The guys were all just like "dude, if you want to kill yourself eating seafood, that's your decision." Guys are so awesome.

I will note that Zuma is in the higher price range of restaurants in Miami. Of course, since it started in London (hint: one reviewer there called prices "stratospheric"), they probably snicker to themselves about how cheap it is. "Twenty quid fer a tuner and wasabi roll, ya say? You 'ave got to be kiddin', mate!" I don't remember what any of the actual prices were, since I didn't open the menu before the waiter took them away to order for the table, but I do remember the total on the practice bill they presented to us, which we would have been responsible to pay, had the restaurant been officially open. That would have been about 160 or 170 per person, drinks and tip included. So, that's about as expensive a dining experience as you will encounter in Miami. I guess I said that already. It's hard to stress how awesome it was that we didn't have to pay. We left a large tip, though, so it wasn't, like, free free.

I can confidently say that Zuma will be the hot spot in Miami for a while. VIP/celeb stuff will be going on for the next couple of weeks. I'm not expecting the Jersey Shoreans to be there, though. They're more "Barton G" people. Maybe those guys can even name a dish in their honor. Oh, this is just too easy. It could be called "Snooki," and it would obviously be snook, duh, blackened (tanned) and sprinkled with imitation gold leaf. It might be served in, oh, let's say a toy dump truck, in honor of New Jersey's proud reputation as New York's dump. And served with a six-pack of beer. And the six pack would be wearing sunglasses. How clever would that be? I think Barton G should probably hire me as a consultant what with all of these amazing dishes I keep coming up with for them. I am kidding about all of that, by the way. Totally kidding. Ha ha. Jokes are funny. And also, fun times are fun. Don't forget that.

Last thing for now - I'm going to be judging a cooking competition in Boca this weekend, sponsored by Cadillac. I don't know if I can just start inviting people, but check the event out here. Ok, just read the event description and anyone can go. I will be dining at the Capital Grille beforehand and test-driving cars afterward. Is it just me, or does this seem like prime tummy ache potential? And by the way, how awesome is it that stuff like this goes on while we're in the midst of the Great Recession/Not-So-Great Depression (your choice)? It's a great country. This event could only be improved if there were a shooting range where one could test out a machine gun or bazooka or tank or predator drone. And maybe my girlfriend cheering me on in a USA bikini.
Posted by Colin at Wednesday, May 19, 2010 4 comments:

The Palm is a classic, old fashioned steakhouse. That's all it is. It's not Joe's. It's not Michael's. It's just a boring old steakhouse. You know what, though? It's still pretty awesome.

So, as friends and family know, I have sort of a punctuality problem. A chronic condition is more like it. "Colin," you're saying to yourself, "nice alliteration." Thank you, I agree.

Moo-ving along, my typical tardiness (thank you, again) led my angry dad to call while I was still en route to the restaurant and ask what I wanted to order. I replied that he should just order me whatever it was that he was having. Our friend and business associate, he and I all had the Prime Aged New York Strip. The Empire Steak, if you will. Man, I'm good.

You might be asking yourself "Colin, I mean, uh, whatever my names is, I forget, what makes a steak 'prime' and what's the big deal?"

Well, obviously, any time you have a question that relates to how the USDA designates grades of beef, you go to www.beefgrading.org. Moo, I mean, duh. Prime is the best because it's the most tender steak. It has the highest amount of marbeling (Kobe beef is the most extreme version of this delicious phenomenon, but it's not American. Lots of restaurants will lie to you when they tell you that they are serving it, by the way. True story.) and it is the youngest. These factors combine to create the most enjoyable eating experience. That's awesome assonance, right there. Enough grammatical snobbery.

The steak was perfect. Perfect. No other way to put it. Perfectly cooked to medium rare. Full of flavor. Great texture. We ordered broccoli and french fries as our sides. Also perfect.

Ah, but there is usually something wrong with the dining experience. And here it is. The waiter, the most tan gentleman I have ever seen in my life, like, tanner than Vijay Singh (and kudos to him if he manages to die of old age rather than skin cancer, the waiter, not Vijay) started pushing their stupid loyalty club, and after grabbing the pamphlet, he sat down at the table with us. I don't know if I'm out of line in feeling this way, but I think that that is just about the most obnoxious thing that a waiter can do. If a Hooters girl wants to sit on my lap, who am I to stop her? But that's different. Because of the boobs involved. I think that makes sense. But in general, I think that sitting at the table with us, especially without even asking if we mind, is akin to my getting up and walking into the restaurant kitchen to grab something out of the fridge. Maybe I'm just being a jerk.

I'd like to end on a high note, though. LAAAAAAAAAA. That was corny, sorry. Really, here goes the high note - 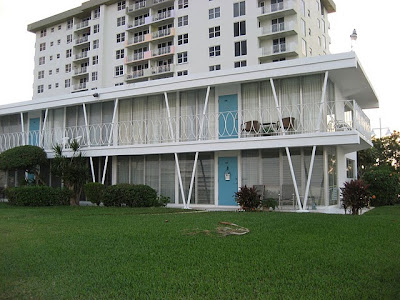