I know, I know, this place is wicked fah from Miami, but I'm going there for a wedding this weekend and I'm excited to have an opportunity to eat the delicious sandwich these crazy Chileans concoct. Check out the description- 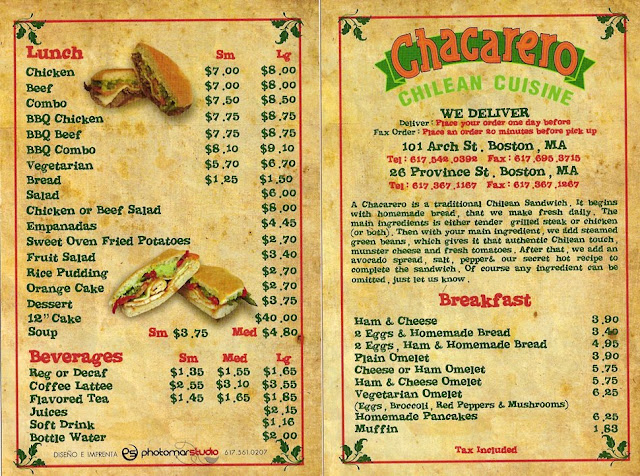 Green beans and munster cheese give it that "authentic Chilean touch?" I find that hard to believe but it's certainly delicious. If you're ever in Beantown, make sure you check out this sandwich.
Posted by Colin at Tuesday, April 20, 2010 1 comment:

I saw an ad in the New Times that McDonald's is bringing back its most awesome promotion ever, just in time for Tax Day -

On April 15th, buy a Big Mac or Quarter Pounder With Cheese, and get an additional one for 1 cent. I think we all know where Jeff Boden is eating lunch on Thursday...

In case you're one of "those people" who believes what they write on Wikipedia, here is a list of alternate versions of the classic American sandwich, many of which are totally awesome -

Email ThisBlogThis!Share to TwitterShare to FacebookShare to Pinterest
Labels: buy one get one for a penny, fast food, McDonald's
Newer Posts Older Posts Home
Subscribe to: Posts (Atom)